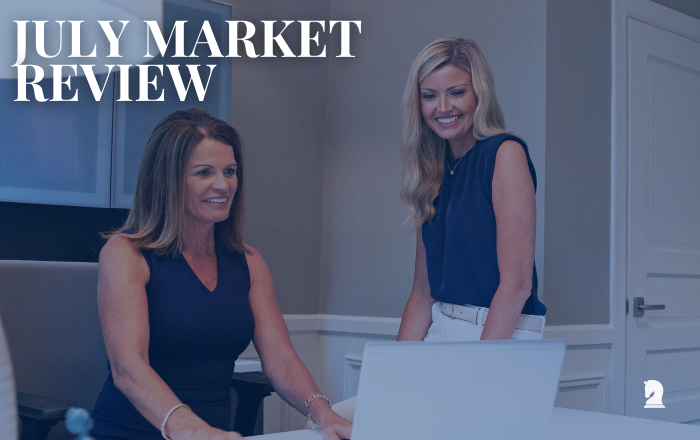 As the major domestic equity indices continued to mark new highs through July, they provided an example of how dueling narratives can both be true while the forward-looking market produces a clearly positive result. In this case, optimism bolstered by a broad selection of economic data and sentiment – gross domestic product (GDP) growth, employment, earnings and reduced inflationary fears among them – has managed to, for now, contain COVID-19 delta variant worries.

The S&P 500 and NASDAQ both set seven all-time highs in July, while the Dow Jones Industrial Average recorded five. Under those glossy headline numbers, however, lies a more complex situation with wide disparities in performance between firm sizes, sectors, growth versus value, and commodities. For example:

“Part of this performance dichotomy may be related to concerns over the spread of the COVID-19 delta variant and its potential for slowing the economy,” said Raymond James Chief Investment Officer Larry Adam. “However, our belief is that economic growth will remain strong as widespread lockdowns are unlikely to reoccur.”

At the end of the month, the U.S. Department of Commerce reported GDP growth at a 6.5% annual rate in the second quarter, which follows 6.3% growth in the first. However, even this considerable rate understates the strength of the economy in the first half of the year as consumer spending and business investments have surged.

“The pace of growth is expected to slow in the second half of the year but should remain strong,” said Chief Economist Scott Brown.

Let’s look at the numbers:

Here are some other notable events and trends through July.

Corporate earnings have continued to beat estimates at rates that have become common over the last 15 months. About 85% of companies had higher quarterly earnings than expected, above the 69% historical average and in line with the 83% average of the prior four quarters. Also, results are beating estimates by a very elevated 19% once again, compared to a 5% historical average.

But yields in general remain tight as demand for fixed-income funds remains strong and uncertainty surrounds the COVID-19 delta variant. Looking long term, concerns about the consumer habits of the aging (and wealth-holding) U.S. population and how that could affect a wide swath of sectors may also play into the trend. Compared to other fixed-income alternatives, investment-grade corporate debt in the three- to seven-year duration range continues to provide a good balance between yield and risk.

A bipartisan deal on infrastructure reached the Senate with $550 billion in new funds for physical infrastructure, broadband and electric vehicles while avoiding new tax impacts, which could spur a wave of municipal spending and new debt for partial cost matching. Next up, expect to see attention turn to additional social and infrastructure spending and several potential “fiscal cliffs” – namely, the national debt ceiling limit and the expiration of pandemic-related programs.

In contrast, emerging markets struggled, especially in Asia-Pacific. Chinese and Hong Kong markets tallied significant losses throughout the month amid concerns about heightened levels of Chinese government intervention in certain sectors. Comments by many Chinese companies – which are mostly scheduled for August – will help provide further details. Nationwide economic restrictions resulting from the delta variant in Indonesia and Malaysia, and in some Australian cities, also caused headwinds.

How the COVID-19 delta variant may affect the economy has yet to be revealed even as hospitalizations increase to record levels in some places. Meanwhile, we continue to see positive economic data and tallied another high-performance quarter through July. In total, even with contrasting performances beneath the surface, July was another strong month.

If you have any questions about your investments, your financial plan, this letter – or anything else – please reach out at your earliest convenience. We remain grateful for our relationship and your continued trust in us.

All investments are subject to risk, including loss. All expressions of opinion reflect the judgment of the authors and are subject to change. There is no assurance the trends mentioned will continue or that the forecasts discussed will be realized. Past performance may not be indicative of future results. Economic and market conditions are subject to change. The Dow Jones Industrial Average is an unmanaged index of 30 widely held stocks. The NASDAQ Composite Index is an unmanaged index of all common stocks listed on the NASDAQ National Stock Market. The S&P 500 is an unmanaged index of 500 widely held stocks. The S&P 500 Value is a market-capitalization-weighted index developed by Standard and Poor’s consisting of those stocks within the S&P 500 Index that exhibit strong value characteristics. The S&P 500 Growth Index is a stock index that represents the fastest-growing companies in the S&P 500. It is currently heavily weighted toward prominent American technology companies. The MSCI EAFE (Europe, Australia, Far East) Index is an unmanaged index that is generally considered representative of the international stock market. The Russell 2000 is an unmanaged index of small-cap securities. The Bloomberg Barclays U.S. Aggregate Bond Index is a broad-based flagship benchmark that measures the investment-grade, U.S. dollar-denominated, fixed-rate taxable bond market. An investment cannot be made in these indexes.

The performance mentioned does not include fees and charges, which would reduce an investor’s returns. Small-cap securities generally involve greater risks. International investing is subject to additional risks such as currency fluctuations, different financial accounting standards by country, and possible political and economic risks. These risks may be greater in emerging markets. Companies engaged in business related to a specific sector are subject to fierce competition and their products and services may be subject to rapid obsolescence. There are additional risks associated with investing in an individual sector, including limited diversification. The value of fixed income securities fluctuates and investors may receive more or less than their original investments if sold prior to maturity. High-yield bonds are not suitable for all investors. Material prepared by Raymond James for use by advisors. 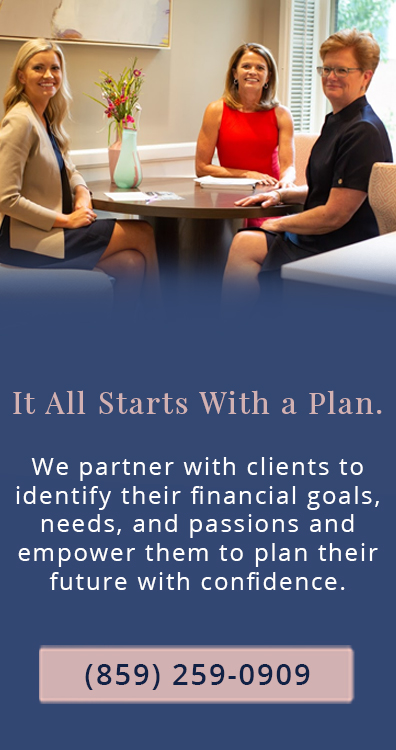